Thank you for your interest in our books. Due to the coronavirus (COVID-19) pandemic, we only have ebooks available for download at this time, as we have had to suspend mailing books. If you download the eBooks but would still like to receive printed books when we can mail again, or if you would like to wait to order until printed books become available, please check back at our website in a few months.
Home > Articles > Who is Jesus?

Who is Jesus Christ? It Matters What You Think About Jesus 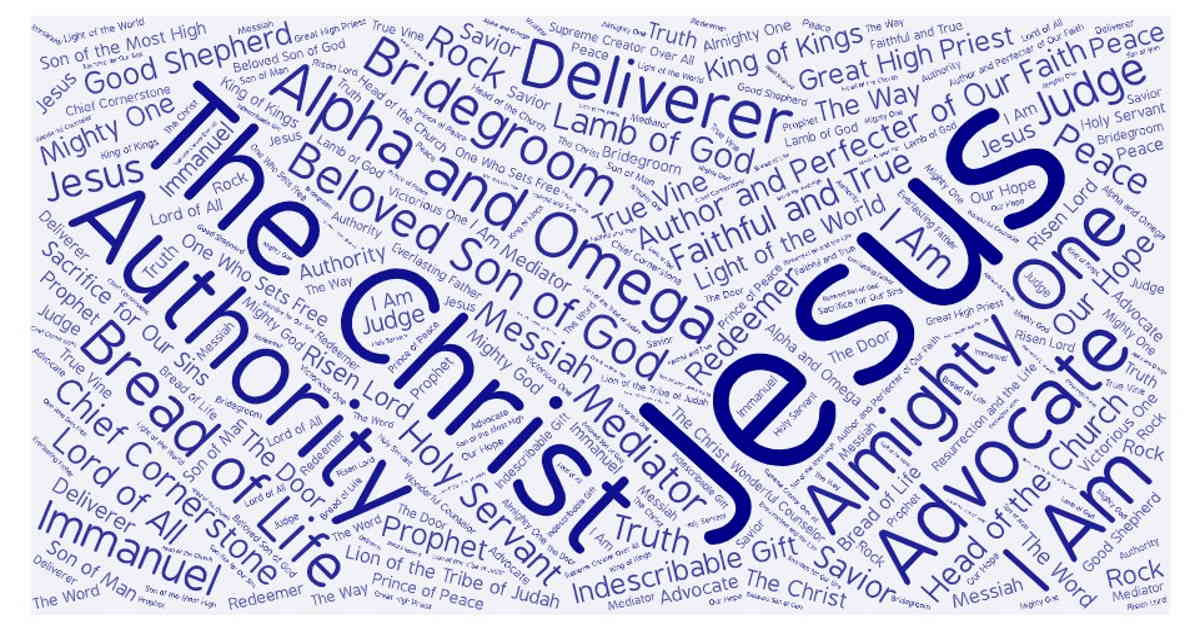 While many may wonder if God exists, not many question if Jesus exists. Yet, even for those who accept that Jesus was a real man who lived on earth, this question still remains – “Who is Jesus?”

There is historical and archaeological evidence, as well as many detailed and accurate records of His living, that prove that Jesus Christ was a man born over 2000 years ago. Born in Bethlehem to His parents, Joseph and Mary, He grew up in the despised town of Nazareth and was trained and worked as a carpenter. He lived a normal human life and had a number of brothers and sisters.

But, the question still remains – who is He? Some have said that He was one of the Jewish prophets, like Elijah, Jeremiah or John the Baptist, or akin to another religious prophet like Mohammed. Others have said that Jesus was a philosopher, a moralist, a religious revolutionist or a martyr. Thus far, we have the historical facts and what people claimed He was. But what does the Bible say? And who did Jesus Himself say He was?

In the Old Testament, we see that His name is called “the Mighty God” (Isaiah 9:6), and as the “Ruler in Israel;…His goings forth are from ancient times, from the days of eternity” (Micah 5:2). In the New Testament we see that He “and the Father are one” (John 10:30), and that “God so loved the world that He gave His only begotten Son, that everyone who believes into Him would not perish but would have eternal life” (John 3:16).

Jesus boldly claimed to be the Son of God while living on the earth. When people declared in His presence that He was the Son of God, Jesus did not deny it. While under an oath before the High Priest, Jesus declared that he was “the Christ, the Son of God,” and it was for this reason that the Sanhedrin called Him blasphemous and sentenced Him to death. There are also two verses in Matthew where the voice of God declared in Jesus’ and others’ presence, “This is my Son, the Beloved…” These bold declarations help eliminate any guesses as to who He was.

Jesus’ Living with Wisdom and the Highest Standard of Morality

Jesus possessed unmatched wisdom coupled with the highest morality. He demonstrated such wisdom in speaking the truth that He stumped, muzzled and perplexed people to the point where they could say no more. Even Pilate was left to state, “I find no fault in this man.”

Jesus was thoroughly examined politically, religiously and socially, and met every qualification perfectly and completely, as documented in Matthew 21 and 22. After rounds of questions from every religious and political sect, the conclusion was, “And no one was able to answer Him a word, nor did anyone from that day dare to question Him anymore”.

Even during Jesus’ betrayal by one of His own disciples, He displayed calmness, wisdom and majesty, still caring for those around Him that they would not be captured with Him. He showed no fear or anger at the injustice of the situation.

These are just a few of the many examples that can be seen in the accounts recorded in the Bible. Even here, you still can see that Jesus’ wisdom and high standard of morality were different from and surpassed that of all other human beings.

Jesus’ miraculous works, which no other mortal could do, also support His claims to be the Son of God. He silenced the storm and the waves, fed multitudes, healed the sick, cast out demons, and gave life to the dead. He performed miracles, so that those who could not believe Him at His Word, could believe Him for His works’ sake. As He said in John 14:1, “Believe Me that I am in the Father and the Father is in Me; but if not, believe because of the works themselves.”

Jesus Shows Us Who God Is

Jesus’ living shows us who God is, supporting His claim that He is the Son of God. Spiritually experienced Christian author Watchman Nee wrote,

This is a most wonderful thing. The eternal, invisible God is now seen by us. There is no need to conjure up an untouchable and far transcendent God or imagine what He is like; He has revealed Himself to us. He has dwelt in our midst and walked among us. Jesus of Nazareth is the very God dwelling among and with man. He has manifested God's nature and attributes to us. There is no need to search for God anymore because He has revealed Himself...Now we know that God desires to reveal Himself. In fact, He has revealed Himself to us already. We have said that the two means whereby God communicates with us are the written and spoken language. For this reason, the Bible and Jesus of Nazareth are the two indispensable factors in our faith… To have heard the words of Jesus of Nazareth is to have heard the words of God. The Normal Christian Faith, Watchman Nee, Chapter 4, Section 7, www.ministrybooks.org

Some Christian scholars have hypothesized that Jesus had to either be a complete lunatic or a liar, and if neither, then He must actually have been the Son of God. If Jesus were a lunatic, how would he have displayed His calmness and majesty even during the stress of His betrayal, or engaged in intelligent debates with his opponents? If He were a liar, how could He have endured all the harsh tests man put Him through? And why would He die for His claim if it was just a lie? Since both of these hypotheses seem unlikely, one must consider that He must be the Son of God.

The Answer to the Question of Questions

After seeing what Jesus claimed to be, along with His living, wisdom, high morality, wondrous works and miracles, perhaps you could be more ready to personally answer this questions of questions, “What do you think concerning Jesus?”

Humankind has heard the name of Jesus from generation to generation. Even the Western calendar has been based on His birth and death. Some have lifted up His name, while others have reviled and taken His particular name in vain. Who is this person worthy of so much attention? Who is Jesus Christ?