Where Did Man Come From? Creation or Evolution

No. 6 in the Series, Most Frequently Asked Questions Concerning God 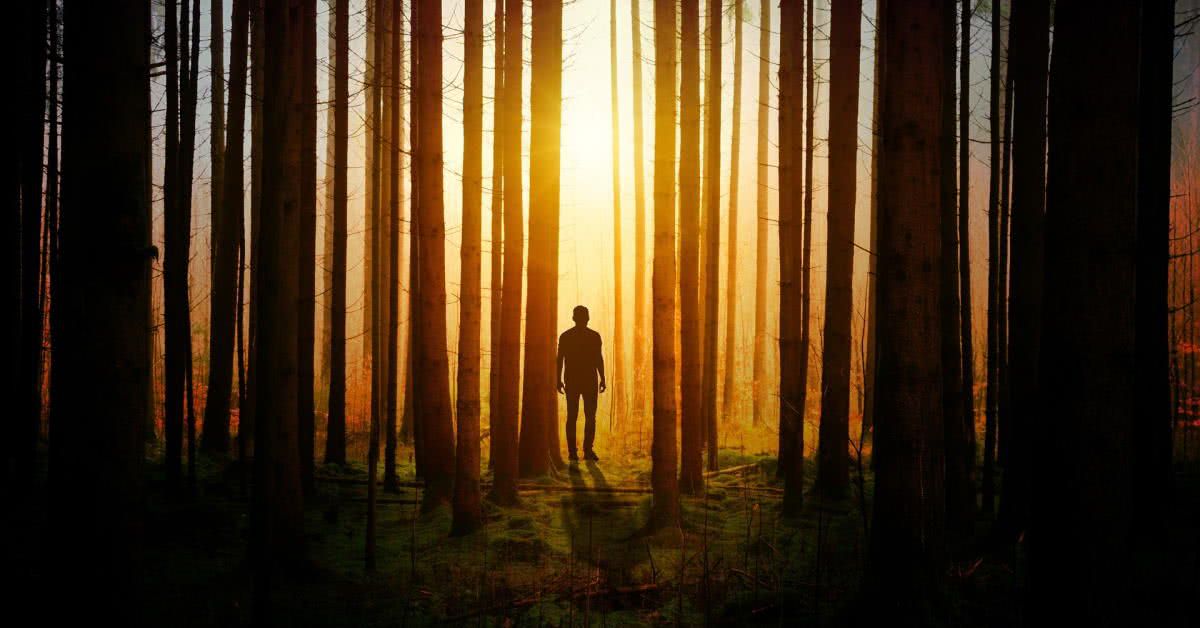 The Bible tells us that in the beginning God created the heaven and the earth, that God is the originator of all things, that all things came into being through Him, and that He created all things, especially man, for His purpose (Genesis 1:1-3), (John 1:1). Before God created the universe, there was nothing. He had an eternal purpose, a dream, a plan, to fill mankind with Himself as life and to build mankind together as a corporate man to express Him and represent Him for eternity (Genesis 1:26), (John 10:10). He proceeded to create the heaven, the earth, man, and all things for His eternal purpose (Ephesians 3:9-11).

Some Bible readers believe that God created the universe approximately six thousand years ago with all the living things that we see today. For ease of writing, we will refer to these people as “young-earth creationists.” Many scientists dispute this belief because of the abundance of physical evidence to the contrary, including fossils of dinosaurs and other living creatures, petrified wood, etc., which points to a much older earth. The young-earth creationists say that the fossils were either created six thousand years ago or left as evidence of the flood at the time of Noah. However, many scientists use various scientific techniques developed according to certain other theories, such as radiometric dating, to argue that the fossils and the earth should have existed for a few billion years. In addition, based on this fossil record, scientists have developed some theories of evolution. Basically, they believe that there was an evolutionary progression from no life to simple and lower forms of life which then evolved into more complex and higher forms of life. Some further believe that this explains the origin of all the life forms that we see today, including man, which is directly opposed to the biblical record of the creation of man by God from the dust of the ground (Genesis 2:7). In this article, we will use the term “evolutionists” to refer specifically to scientists who insist that man evolved from some lower forms of life.

The young-earth creationists claim that, according to the Bible, God created the heaven and the earth six thousand years ago with all the living things that we see today and that the fossils were either created at that time or left as evidence of the flood at the time of Noah. The evolutionists argue, based on their beliefs, that the earth should have existed for at least a few hundred million years.

The Evolutionists' Theories Became their Belief

The evolutionists have many theories and assumptions which are not proven as facts. Many evolutionists condemn young-earth creationists for blindly trusting in beliefs based on their interpretation of the Bible. However, the evolutionists themselves believe in their unproven theories with blind faith just as much as the ones whom they have accused. Some have even used fossils to try to force-prove their theories of evolution. However, pure science is by observation; theories are secondary to the actual evidence. If after many decades of research they cannot find all the proofs they need to substantiate their theories, they should not be too strong in believing them blindly nor too bold in teaching them to others as facts. Many biological scientists are controlled by the widespread acceptance of the evolution theories. If any scientist were to challenge these unproven theories, that one would be considered a scientific heretic.

Teachers and textbooks should stress that scientists are still studying and what they present are only theories. However, evolutionists have won the approval of lawmakers and school boards to teach their theories and beliefs in textbooks as pure science. The fact that evolution is taught in public schools does not mean that God did not create the heaven and the earth with all living things. Courts of law and school boards cannot legislate the historical facts that happened many years ago.

The Sequence of Creation according to the Bible

In this article, we are not addressing the validity or error of the theories of evolution, but pointing out a third understanding that both the evolutionists and the young-earth creationists may not have considered.

The young-earth creationists have misunderstood the Bible in this matter, so their difficulty in convincing people of their beliefs does not disprove the Bible. The Bible does not set an age for the universe. According to Genesis chapter one verse one, God created the heavens and the earth in the beginning, maybe billions of years ago or longer. The Bible does not give any record of how the earth and the first living creatures came into being or what things were like. However, it does indicate that the most powerful archangel, now called Satan, was given charge of the earth. At some time he rebelled against God and was judged (Isaiah 14:12-15). At that time the earth became covered by water, and all living things on it were killed; then the earth became void and remained in darkness. After another unknown stretch of time, God came back to “re-create” by first saying "let there be light" and then continuing on to create all the living things on earth. The fossils we find from hundreds of millions of years ago were of the living creatures of the original creation. The living things that we see today came into being by God's “re-creation” approximately six thousand years ago.

The Bible and the facts of pure science do not contradict one another. The contradiction is between the shallow and improper study of the Bible by the young-earth creationists and the unproven theories of the evolutionists. The fossils that we mentioned above do not contradict the Bible; in fact, they support the Bible. Historical records of human culture mainly date back no more than six thousand years, which matches what the Bible says. If one would recognize all the theories as merely theories and compare the scientific facts with a more thorough study of the Bible, one would be able to see that God created all things and that the living creatures on earth today did not evolve from the creatures that were here millions of years ago.

It is convenient for some people to believe that everything evolved; it allows for the possibility that there is no God, no accountability, and no judgment after death. In such a case, some people may consider that they have the license to do whatever is right in their own eyes, that they can be immoral if they choose without fear of a tragic destiny (Hebrews 9:27), (2 Peter 3:7), (2 Thessalonians 2:12).This obviates the need to live by their conscience (Acts 24:16), (1 Timothy 4:2). If the universe was created by God for a purpose, however, we all need to change our thinking and lifestyle to fit into God's desire, purpose, ways, and judgment. To deny the existence of God is to act like the fabled ostrich which, chased to the point of exhaustion, buries its head in the sand so as not to see its pursuers (Psalms 14:1). Just as the ostrich is overtaken, so one day sudden destruction will come upon all who try to pacify their conscience and think that they are living in peace and safety while refusing to repent to God (1 Thessalonians 5:3).

Your most basic need is not to figure out how God created man but to receive God the Creator into you as life, because He created the universe for this purpose (1 Timothy 4:10). It is not good enough to find the right answer; you must receive Jesus as your Savior and life. He is the all-inclusive Answer to all the questions in the world. To receive Him, just pray:

“Lord Jesus, thank You for creating me. Come into me and cleanse me of all my unrighteousness. Fill me with Your life that I may live properly according to You and express all that You are, thus fulfilling Your original intention in creating me.”