When Will The World End?

No. 10 in the Series, Most Frequently Asked Questions Concerning God 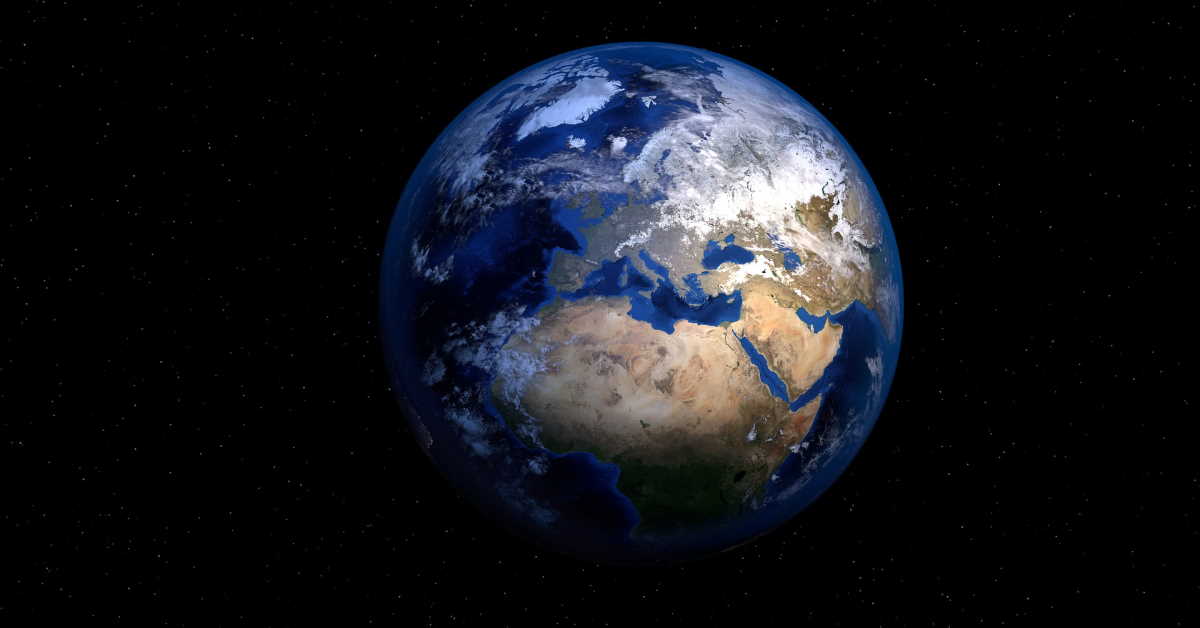 Whenever a natural calamity such as a pandemic, earthquake, hurricane/typhoon, flood, etc. occurs, people wonder when the world will end. It is a serious question that cannot be ignored. Some ask this question because they are afraid to die. Others are afraid of the day of judgment, while still others are hoping that God will quickly bring an end to this ugly mess that we are in and bring in His kingdom of love and righteousness so that man may live in peace and joy.

God, the only authority qualified to answer this question, has spoken through His faithful prophets, and His speaking has been written down and compiled into one book, the Bible (Matthew 24:36). Here we will answer this question according to the Bible and see how the present world will end.

We must understand why God created the heaven and the earth before we can understand when it will end. God's purpose in creation is to have a group of people created in His image, filled with Him as life, built up as a corporate man to express Him and to rule for Him over the whole earth (Genesis 1:26). This indicates to us that the world will not end without this corporate man being built (Ephesians 4:12). God is still working on this masterpiece, and you can be a part of it (Ephesians 2:10).

The Earth is Being Used Up

The universe is incredibly ancient. One current estimate is that the universe was created about 13.8 billion years ago. Ever since God created man, man has been using the earth's resources. In the past century, man's consumption of these resources has increased dramatically, to the point that they are rapidly dwindling. If usage continues at its present rate, our affordable oil reserves may not last until the next century. The gaping holes in the ozone layer may dramatically increase the incidence of skin cancer. Greenhouse gases are increasing in the atmosphere, so the globe is becoming warmer, and weather patterns are changing, with more droughts, fires and floods. Extreme weather events such as hurricanes and typhoons are becoming more frequent and severe. Forests are diminishing; there will be less habitat for wildlife and less vegetation to create oxygen. Sea levels are rising and covering coastal lands inhabited by hundreds of millions of people. Aquifer levels are decreasing, causing shortages of freshwater where it is most needed. Chemical and nuclear wastes are seeping into our freshwater supply and into the sea. The air is being polluted every second, causing increasingly severe respiratory problems in many urban areas. The world population is exploding exponentially. The supply of food and other essentials needed for survival may be exceeded by the demand in our or our children’s lifetimes. Even without a major nuclear confrontation, the earth in 30 to 50 years will not be the same as the planet we inhabit today. The Bible tells us that one day the earth's usefulness will be over, and it will be rolled up like an old garment to be burned (Hebrews 1:10-12), (2 Peter 3:12).

The Days Leading to the End of the World

The Bible doesn’t tell when the world will end. We won’t know the hour or day (Matt. 25:13), but it does tell us about what the days leading up the end of the world will be like. During the last days, there will be wars, rumors of wars, famines, and earthquakes (Matt. 24:6-7). There will be an increasing atmosphere of lawlessness (Matt. 24:12a) in the last days. The love of many people for God and other people will grow cold (Matt. 24:12b). Life will be filled with many anxieties and because of these, people will increasingly participate in all kinds of debauchery and drunkenness to try to escape these anxieties (Luke 21:34). The Bible also gives an illustration of a four-horse race (Rev. 6:1-8) until the end of the world. The four horses are the gospel, war, famine, and death. This race will continue and even intensify. None of these items will go away, and as much as we hope that things will improve, they won’t improve but will get worse.

The Way the World Will End

The Bible does, however, tell us how the world will end. Here are the highlights. The final seven years before the end of the world are divided into two sections of three and half years each. The first three and a half years will be peaceful. At the end of that period, God will have finished His work of producing a corporate man full of Him as life (Revelation 12:5). These people are overcomers. Then He will take them up to heaven. There they will defeat Satan, the devil, and cast him down to earth (Revelation 12:9-11), (Revelation 14:1). Then an unclean spirit will enter into an evil man called the antichrist and Satan will give him his power (Revelation 13:2). This will begin the last three and a half years of the world. The Bible calls this period the Great Tribulation (Matthew 24:11). The earth at that time will not be a place where anyone would like to live (Revelation 3:10). Antichrist will do much damage to humanity, and, at the same time, there will be many natural and supernatural disasters (Revelation 11:13). At the end of the final three and a half years, Christ and His overcomers will come down from heaven to crush antichrist and his army at a place called Armageddon (Revelation 16:16), (Revelation 19:13-16), (Revelation 17:14). Then the kingdom of God will be brought down to earth, and Satan will be locked up for a thousand years (Revelation 20:2). At the end of the thousand years, Satan will be released for a little while. He will do more damage, but then he will be thrown into the lake of fire (Revelation 19:20), (Revelation 20:10). Satan and all of his collaborators will be judged there forever. But the people who turn to God and who open to be filled with God will live in God and with God for eternity on the renewed earth (Revelation 11:15). There will be joy, peace, and righteousness (Revelation 22:3,5). There will no longer be any tears, shortage, sickness, theft, unrighteousness, or death (Revelation 21:3-4).

If you want to escape the desolation that is coming at the end of world during the Great Tribulation, you need to repent to God today and receive Him and His salvation (Matthew 4:17), (Ephesians 5:18-19), (John 10:10). If you want to escape Satan's damage and God's judgment, we encourage you to pray as follows:

"O Lord Jesus! Transfer me from the kingdom of Satan to the kingdom of God. I want to live in You and with You for eternity. Come into me to be my life. I need You now so that I can enter into Your salvation."

To read more about God and His plan for mankind, please visit our website at: https://www.rhemabooks.org/en/articles/questions-about-god/