What is the Truth?

No. 5 in the Series, Most Frequently Asked Questions Concerning God 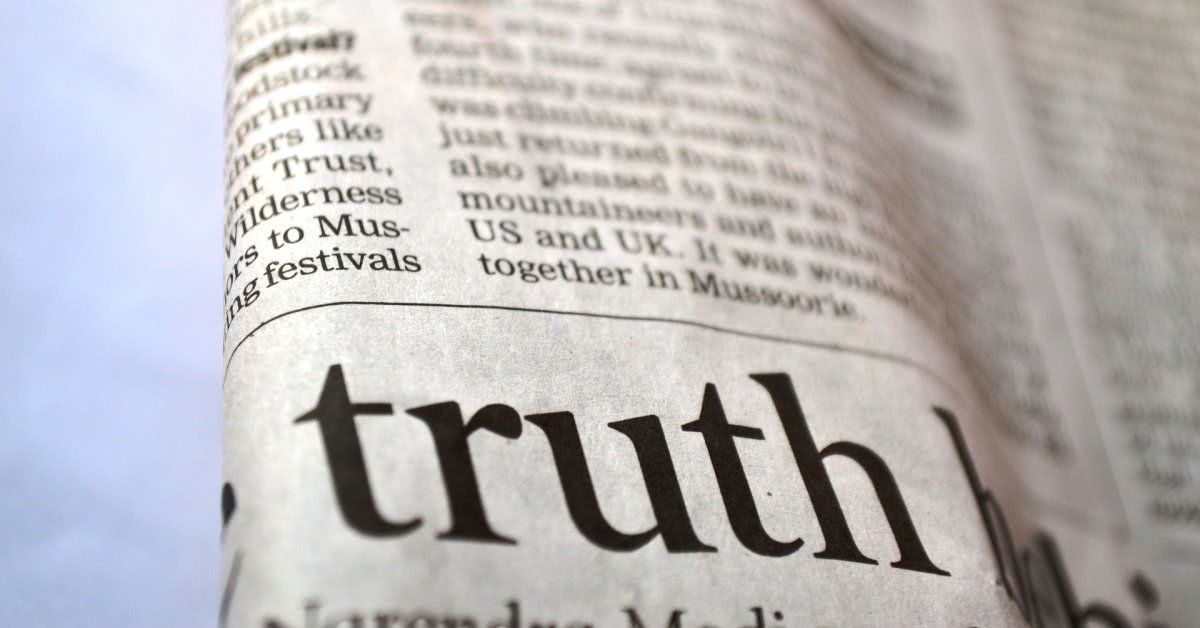 The world is full of true statements and their substantiating realities, but many of these are temporal. “I have a computer” cannot be true forever. One day I will not have one; hence, this statement is not an eternal truth.

There is another type of truth––scientific and mathematical laws and principles. These are sought after by scientists and mathematicians. This type of truth is quite useful and helpful in the physical world. Yet it still deals with something temporal.

There are many people who work to verify or disprove supposedly true statements. There are untrue assertions and lies in every walk of life, including politics, law courts, families, etc. Thus these people try to verify assertions in order to confirm the truths or to correct mistakes and expose lies. This is necessary for the benefit of society, but the truths they seek are also temporal, not eternal.

The Bible Reveals the Truth

God the Father Is the Source of Truth

First, the Bible says that God the Father is the truth. Only God is the reality of all. All things are out from Him, through Him, and to Him. God is the source of all created things. God is love, light, holiness, and righteousness (1 John 4:16), (1 John 1:5), (1 Peter 1:16), (2 Pet. 1:1). These divine attributes are the realities and source of the corresponding human virtues, which are merely shadows. Man without God is devoid of reality and apart from His life. Whatever truth man has in himself is not truth before God. Whatever man thinks of as truth is either temporal or self-deceiving––this is not to mention all the lies man has told and lived in. God is the only eternal reality. He is the truth and the substantiation thereof.

Christ is the Embodiment of the Truth

Christ loves man to the uttermost with an eternal love because the loving God is in Him as the reality of love (John 13:1). He not only fed and healed His unrighteous and ungodly enemies, He even died for their sins. He was still praying for man while He was being crucified by man and for man (Luke 23:34).

He was the guiding light shining on man in bondage that man might be led from Satan’s kingdom of darkness to the freedom in God’s kingdom of light (Matthew 4:16), (Acts 26:18). This is because the shining God was in Him as the reality of light.

He was holy and undefiled though living in the defiled and defiling world (Hebrews 7:26). This is because the holy God was in Him to be the reality of His holiness. Though He was tempted by everyone and everything around Him, He was without sin and remained absolutely pure for God (Hebrews 4:15).

He was righteous in every sense because the righteous God was the reality of His righteousness (1 John 2:1). He was right with God, His family, the people, the government, and even Satan and the demons.

There has never been a man as loving, shining, holy, and righteous as this One who had God in Him as His reality. Therefore Christ the Son is the reality. Pontius Pilate, the governor of the Roman Empire who executed Him, asked Him, “What is truth?” not knowing that Christ was the truth. Christ the Son not only lived a life to express God as His reality, He also died for man who is trapped in unreality (Romans 8:20), (Ephesians 2:12), (Ephesians 4:18). He resurrected to be the life-giving Spirit to give life and reality to all who would believe (1 Corinthians 15:45).

The Spirit of Reality Makes God Real to Man

We seek to know the truth concerning all that God is, all that Christ has accomplished, and all that the Spirit can be to us. We also seek to experience all the divine realities so that we may be men not living according to temporal truths or, worse, in lies and falsehood. Then we would not be distracted and bound by temporal satisfaction and physical enjoyment but full of eternal truth and divine realities.

The Word Reveals and Conveys the Truth

The Word of God contained in the Bible is also reality because it not only reveals to us God in Christ as the Spirit being the eternal truth and divine reality, but also conveys God, the divine reality, into all those who believe. Jesus said, “The words which I have spoken to you are spirit and are life.” (John 6:63). When we hear the word and pray according to it, we receive the spiritual realities that the word reveals (Ephesians 6:17-18). This way, we receive the dispensing of God the reality into us to transform our being to be like Him. For example, when He demands that you should “love your neighbour as yourself” (Matt. 22:39), the same word of demand supplies to you the God who is love and who has loved His neighbour as Himself. The only way you can experience this supply is by praying with the word, “Lord Jesus, I do not and cannot love anybody as myself, but You can. Lord, I need You. Come into me. Fill me up with Your loving self and love my neighbour in me. Thank You, Lord Jesus.” You can pray with God’s word this way to receive God as your reality.

The Way to Receive the Truth as Reality

All you need to do is to pray:

“Lord Jesus, I am tired of living in sinful unreality. I want to come to know You as the one eternal reality. Thank You for dying for my sins and rising to bring me life. Be real to me right now.”