What is the Meaning of Human Existence?

No. 7 in the Series, Most Frequently Asked Questions Concerning God 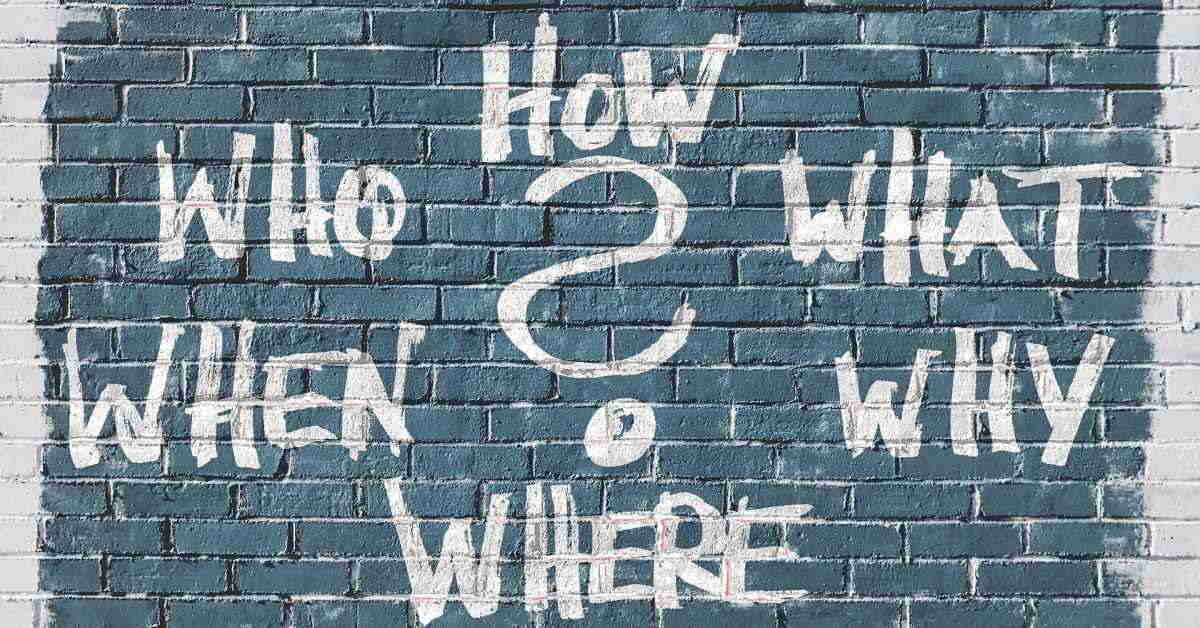 Have you ever considered why God made you? Are you fulfilling the purpose of your existence? Everything on this earth is made for a reason. Whenever a thing loses its meaning, it is thrown away or left to disintegrate. A watch is made to tell time. It is well kept and maintained until it stops running and is irreparable. Then it is thrown out and a replacement is purchased.

The Bible tells us that man was made in the image of God to contain and express God (Genesis 1:26). God is invisible but He made a visible man with the purpose that man might contain Him and express all that He is in His divine attributes such as love and righteousness, which are two of the many attributes of the invisible God. Even though man was made in the image of God, he still needs God as his life in order to express God.

Man to God is like a glove to a hand. Man, the glove, is made in the image of God, the hand. Yet man the glove does not have God the hand inside him. A glove has a thumb and four fingers; it is shaped like a hand, yet it is not a hand. The hand needs to be inserted into the glove to make the glove full and meaningful. Without the hand, the glove is a meaningless waste. One “finger” of God is love. Another “finger” of God is righteousness. Man was created with the shape of those “fingers” yet without the reality of the “fingers” – God Himself.

The situation of man today is absolutely different from the original intention of God for man. Man may love, but man’s love is selfish and short-lived (2 Timothy 3:2). Man’s love is neither all-inclusive nor eternally lasting. Man only loves the ones whom he prefers, the ones dear to him (Matthew 5:46). Even his love to these ones fluctuates. A man may love a woman and marry her, yet dislike or hate her after they are married because of something that she does.

God’s love is not like that. God’s love is impartial and eternal (Jeremiah 31:3). God’s love is eternal because God is love and God is eternal. He cannot stop loving man. God loved man even after man had sinned against Him and had become His enemy. Although man was destined to die eternally, God still loved man to the uttermost. In order to rescue man from death back to Himself so that man may express Him, He even became a man––Jesus––to die for man (John 3:16), (Romans 5:8). His love for man caused Him to enter into man to live in man so that He could be one with man eternally (Romans 5:10), (John 14:23). His love is ultimate and perfect. His love is all-inclusive and eternal.

Man also has a problem with righteousness. Without God, it is impossible for man to be righteous. Firstly, man is not right with God. Man does not know his Creator and does not care for Him. Man even became His enemy. Secondly, man is not right with others. Some rob, some steal, some lie, and some kill. Even some congressmen, judges and policemen break the law that they legislate or are supposed to uphold. Where is righteousness? Some employees use company property such as the telephone, office supplies, copy machines, and computers for personal use. Some evade taxes. Some borrow things and never return them. Man without God is full of unrighteousness (Romans 1:18), (Romans 1:21), (Romans 6:13).

God is righteous to the uttermost (1 John 2:29). He is righteousness. He cannot be unrighteous with Himself or with others. His kingdom is established on righteousness. He does not practice nepotism. Even though He loved man, He still had to condemn man for man’s unrighteousness, based on His righteousness. But He Himself paid the price for man––the death penalty––so that He could forgive man (Revelation 5:9), (Ephesians 1:7), (Hebrews 9:22). He came and died for man to satisfy His righteousness so that man would not have to die but could take Him in as life and live in Him (1 John 5:12).He is truly the loving and righteous One.

Because man was created in the image of God, man has the desire to be like God. But when man tries to love and be righteous, he cannot do it (Romans 8:3). Man is weak in loving and acting righteously but strong in hating and acting unrighteously because man has a sinful nature in him and lacks the life of God (Romans 7:17), (Romans 7:19). It is not possible for man to love and be righteous unless he receives God into him. When God lives inside of man, man can love and be as righteous as God.

The Mosaic Law was a Picture of God

God decreed the law through Moses 3,500 years ago (John 1:17). When the people of God heard the law, they told Moses that they would do whatever God said. Soon after that, they completely failed with respect to the requirement of the law. The reason that they all failed is that the law is a picture of God and a description of God’s nature and actions. Fallen man could never fulfill the law. Only God can fulfill the law. When God lives, the law is fulfilled.

Man continued to fail until Jesus Christ came. Jesus, as a man, was the embodiment of God (Colossians 2:9). He was more than able to fulfill the law. He was the only man that ever lived who could do that. He even uplifted the law from merely restricting outward acts to regulating inward feelings. For example, the law forbade adultery. But Jesus said that even to lust after a woman in one’s heart is to commit adultery (Matthew 5:28). As another example, the law commanded people not to murder. But Jesus said that even to hate another person in one’s heart is to commit murder (Matthew 5:22). No man of flesh can fulfill this law, no matter how much he determines and tries. What everyone needs is the life of God. Jesus not only taught the higher law, but He was also able to fulfill the law with ease (Matthew 5:17). He is ready to do it again within everyone who believes into Him, receives Him as life, and lives according to the Spirit of God who dwells in all believers (Romans 8:4). What is impossible for fallen man is possible with God (Luke 18:27).

How to Fulfill the Meaning of Our Human Existence

What you and I need is to receive this God into us. When we contain and express Him, we are fulfilling the meaning of our existence. Without receiving Him into us, we cannot express God in His love and righteousness; we are meaningless and are a senseless contradiction on this earth. Our existence becomes a waste.

Today, God’s name is Jesus, because God became a man named Jesus two thousand years ago. He died and rose for us. He is now the Spirit (2 Corinthains 3:17). When we call on His name, God comes into us as the Spirit (John 20:22), (Romans 10:12-13). He will fill our being with Himself so that we may express all that He is. We will fulfill the purpose of our existence.

Pray, “Lord Jesus, come into me to be my life. I need You to live inside of me so that I may fulfill Your purpose in creating me. I want to express You. I do not want to be a senseless contradiction any longer. Thank You, Lord, for dying for me and coming into me.”