Thank you for your interest in our books. Due to the coronavirus (COVID-19) pandemic, we only have ebooks available for download at this time, as we have had to suspend mailing books. If you download the eBooks but would still like to receive printed books when we can mail again, or if you would like to wait to order until printed books become available, please check back at our website in a few months.
Home > Articles > Is God Real?

Does God Exist? 4 Ways We Can Know God Exists 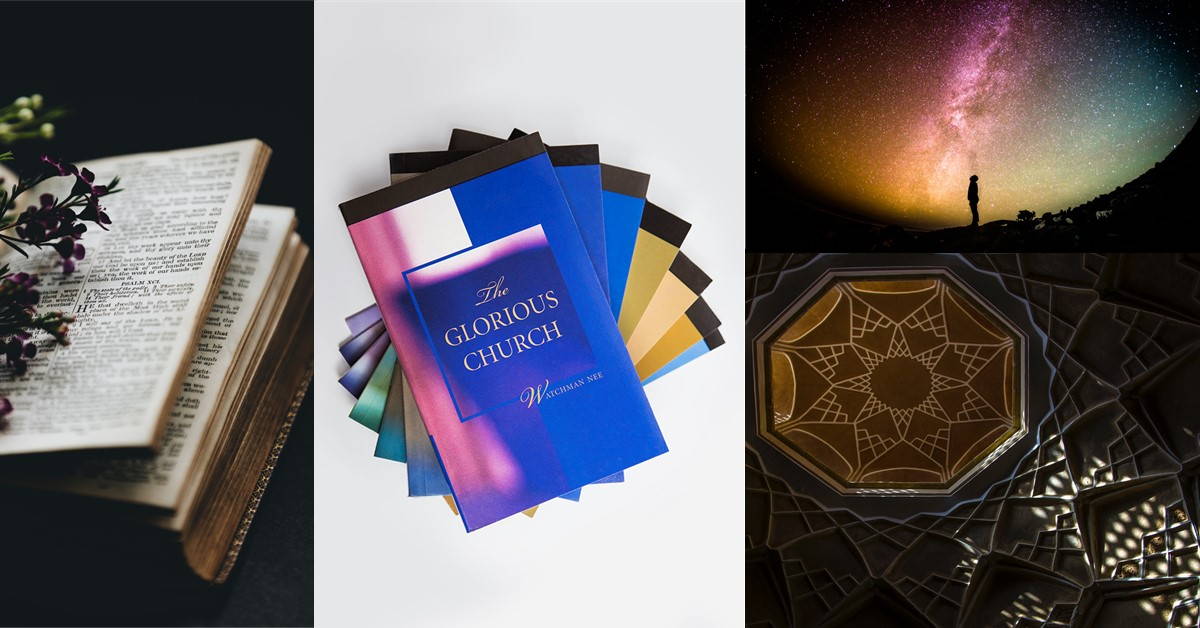 This age-old question has plagued man for thousands of years. The mere fact that generation after generation continues to ask this question could be proof enough that God exists. However, whether you claim to be an atheist, an agnostic, a believer, or a seeker of the truth, we are not here to force you to believe that there is a God. We are here simply to present to you what we have found helpful in our seeking of the existence of God, so that you can come to your own conclusion of whether there is or there is not a God.

How Do We Know God Exists If We Can't See Him?

Many people claim that there is no God based on the fact that no one has ever seen God. They take their inability to physically see God as proof that God must not exist. However, if we claim that everything that cannot be seen is non-existent, then there would be many things whose existence we would have to deny. Can you see radio waves? Should a deaf person claim that sound doesn’t exist in the universe? Is it then reasonable to say that God does not exist because you cannot see Him?​

How Do We Know God Exists? Here Are 4 Ways To Know.

Can you fathom how vast the universe is? What about light? Light travels at 186,000 miles per second. Can you calculate how far light travels in a minute, an hour, a day or a year? In just our galaxy alone, there are stars whose light takes thousands of years to reach Earth. And the universe is so vast that the light from stars in other galaxies can take millions of years to reach us. These numbers are unfathomable, the vastness of the universe is unfathomable, and man is minute compared to the universe. Yet, the mystery of God is much greater than this. Since it is difficult to even understand the vastness of the universe, one should not assume so quickly that God is non-existent.

Many people believe that the earth came into being through chance. However, the characteristic results of chance are unorganized, irregular, inconsistent, purposeless and insignificant. If you throw a chair across the room, there is a probability that it might land on its feet. If you throw another chair, there still could be the chance that it will land on its feet next to the other chair. But what about the third, fourth or fifth time? After a number of chairs, the room would look quite disorderly. From this we can see that chance can only offer partial organization.

Now, compare the things in the universe with these characteristics. What about the sun? It has a purpose and significance to its existence, and it doesn’t rise and set in a disorganized way. It is at the exact spot in the universe where it is neither too hot nor too cold on Earth for man to exist. The moon, the stars and the myriads of galaxies follow a definite track and pattern that can be calculated and predicted. Can you say that these things came into existence by chance? All these show that the universe is organized, consistent and full of purpose, thus pointing to the fact that the creator of the universe has to be someone with profound wisdom, vast knowledge and intricate design.

Take our ears as an example. When someone speaks to us, this sound enters as sound waves into the ear canal. The sound waves pulsate a membrane and causes corresponding waves in a fluid. These waves stimulate the sensory cells to translate the sound into chemical and electric signals. The signals are then sent to the brain for interpretation, deciphering them into what we know as words and sounds. This seemingly complicated process happens again and again with everything we hear. Despite the many steps, we consistently hear and understand correctly. As we look at the universe, earth and our bodies, we may wonder – is it possible that everything came into being through chance?

The Bible is the most read, most studied and also the most controversial book on the earth today. It is composed of 66 books, written in several languages, over a period of 1,600 years, by approximately 40 writers from different backgrounds. Some people believe that it is the Word of God, while others wonder how a book written by different people and over many years could be believable. Yet, when you accurately study the Bible, you will see that it has an introduction, a development and a conclusion – all following a common theme. Despite the odds, when you read the Bible you cannot deny that in order to have written something so cohesive, all the writers had to have been led by the Spirit of the one God.

Again, only the prophecies concerning the end of the world remain to be fulfilled. Entire books could be written on the fulfilled prophecies in the Bible. The fact alone that hundreds of predictions of events far in the future have been accurately recorded, should be proof enough that the Bible is indeed the Word of God.

The power of the Bible to affect and change lives also testifies to the validity of the Bible as the living, operating Word of God. There is testimony after testimony of people who were heading down a negative path and, through reading the Bible, completely changed directions. The mere fact that people love the Bible, are willing to die for the Bible, and even can read it through hundreds of times and still enjoy it, all testify to the power in the Bible.

Have you read the Bible? Or have you only heard what others have said about it? What we can tell you about the Bible pales in comparison to the experience of reading the Bible. We encourage you to read the Bible to experience it for yourself.

If we study ancient and modern human cultures we will see that the concept of a higher deity is common. Despite the lack of communication among different ancient cultures, we can see again and again that many of their rituals, many wars and many of their ways of living were based on their belief in a god. Through this observation, we have come to realize that there is something engrained deep in mankind that causes one to long to worship a higher power.

If you are unsure about God existing, have you challenged God to be real to you? This is as simple as asking God, with an open heart, to show you He is real. Our readers have testified that our 7, free books have also helped answered their unanswered questions, strengthened their belief in God, convinced them to know God personally, and changed their lives. We encourage you to join many others in finding out for yourself whether God is real or not.